Diplomaático Single Vintage 2005
Method and production
Diplomático Single Vintage is made from a selection of special rum reserves, all of which develop in an unusual way. Their unique character therefore arouses the interest of Diplomatico’s Master blender, Maestros Roneros. The flour is distilled in old copper Pot Stills, in the year indicated on the bottle. The rum is aged in bourbon and single malt whisky casks for twelve years. After the maturation process, Maestros Roneros carefully mixes the rum, to achieve the structure, body, personality, shine and aromas that he is looking for. Finally, the rum spends a year on Spanish sherry casks to give the perfect finish.

The tasting notes vary from year to year, most often between sweetness and dryness.

The taste profile for 2005 has a very charming nose, which reveals notes of smoked coffee beans, chocolate and tobacco, followed by vanilla and ripe fruits. On the palate it is soft and well rounded, with flavors of bitter chocolate and a medium finish, with hints of red fruits. Although the composition resembles their second vintage vintages, 2005 is a little less dry.

History
Diplomático’s history began in 1959, in Venezuela. At the time, Licorerías owned the Unidas S.A (LUSA) distillation business and the majority shareholder was Seagram’s International, one of the world’s largest wine and spirits distributors.

In 2002 LUSA was put up for sale, including the distillery and the brand brand Diplomático. LUSA was put up for sale exclusively on the South American market. A group of Venezuelan entrepreneurs, most of them with extensive experience in the spirits industry, were convinced that the company had potential. They therefore decided to take the chance and made an offer to acquire LUSA. That same year, LUSA became 100% Venezuelan, privately owned and adopted its current name: Destilerías Unidas S. A. (DUSA).
In 2011, Master Blender, Mr. Tito Cordero gained great acclaim when he was voted the world’s best Master Blender, as the first Venezuelan ever.
Diplomatico has won over 54 medals at international competitions, such as sip awards, San Francisco World Spirits, Miami Rum XP, Monde Selection etc.
The flagship of Diplomatico is their Diplomatico Reserva Exclusiva, which is a blend entirely of rum distillates from pot distillates and then aged up to 12 years. Reserva Exclusiva is a magnificent specimen of everything diplomatico has to offer; characteristic round sweetness, fruity notes and a high intensity in the taste profile.

Enjoy it with a great Cuban or New World Cigar!

There are no reviews yet.

Be the first to review “Diplomático Single Vintage 2005” Cancel reply 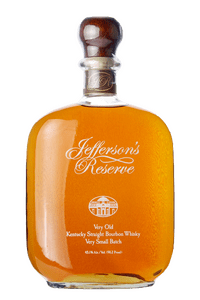 We use cookies on our website to give you the most relevant experience by remembering your preferences and repeat visits. By clicking “Accept”, you consent to the use of ALL the cookies.
Read More ACCEPT Cookie settings
⚙️

Any cookies that may not be particularly necessary for the website to function and is used specifically to collect user personal data via analytics, ads, other embedded contents are termed as non-necessary cookies. It is mandatory to procure user consent prior to running these cookies on your website.

Analytical cookies are used to understand how visitors interact with the website. These cookies help provide information on metrics the number of visitors, bounce rate, traffic source, etc.

Performance cookies are used to understand and analyze the key performance indexes of the website which helps in delivering a better user experience for the visitors.